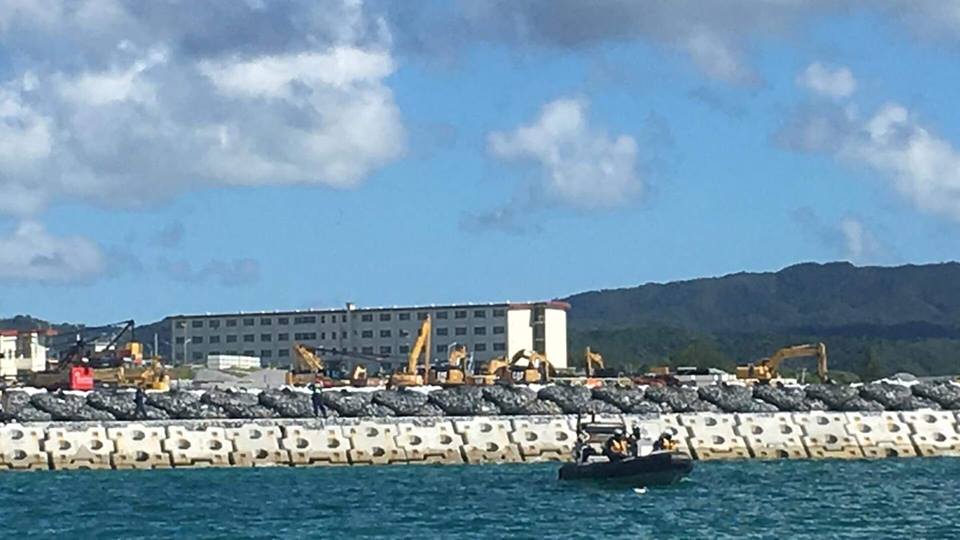 １. Purpose of the Representation

The Counsels requests that United States Forces, Japan (USFJ) revoke authorization for the Japanese government to enter Camp Schwab in connection with the construction of the replacement facility for Futenma Air Station (below, “Replacement Facility”), and then, on its own responsibility, perform a rigorous scientific study for the protection of dugongs in the development zone, and develop and implement a dugong protection plan.

2. US Government Authority, and Its Responsibilities Pertaining to Replacement Facility Construction

The Okinawa Defense Bureau is currently moving forward with construction of the Replacement Facility at Camp Schwab and the adjoining marine area (below, “new base construction zone”). Under Article 2 of the “Agreement under Article VI of the Treaty of Mutual Cooperation and Security between Japan and the United States of America, regarding Facilities and Areas and the Status of United States Armed Forces in Japan” (below, “SOFA”), this zone is provided to the military forces of the United States of America (below, “US Armed Forces”).
Based on SOFA Article 3.1, the US government is accorded exclusive use of areas provided for US Armed Forces bases, and therefore entities including the Japanese government which desire to visit said areas must obtain authorization from the US. Said authorization is granted upon following procedures in accordance with the “Procedure for Authorization to Visit US Facilities and Areas” by the US-Japan Joint Committee, which was created pursuant to SOFA Article 25.
Because the Replacement Facility is a base provided to the US government, the Japanese and US governments jointly determine its requirements. And because the new base development zone is subject to the right of exclusive use, base construction is carried out pursuant to US government authorization. In view of these circumstances, construction of the Replacement Facility can be seen as not an act of the Japanese government alone, but as a joint act of the Japanese and US governments. Consequently, not only the Japanese government, but also the US government, must be held liable for problems caused by Replacement Facility construction.
The new base development zone is habitat for the dugong (Dugong dugon), and also hosts one of Japan’s rarest and most abundant ecosystems. The US government therefore has the responsibility to avoid environmental damage by the new base construction, and to protect the environment and dugongs.

3. The US Government’s Obligation to Conserve the Ecosystem

The US Department of Defense has prepared the “Overseas Environmental Baseline Guidance Document” (OEBGD) for military facilities outside of the US (JEGS C1.1.1). According to this document, the “DoD Lead Environmental Component” (DoD LEC) of the US Forces stationed in each country is supposed to compare the OEBGD and the environmental standard of each host country, and prepare a Final Governing Standard (FGS) which reflects the more rigorous of the two (JEGS C1.1.2). In Japan the DoD LEC of USFJ has prepared the “Japan Environmental Governing Standards” (JEGS).
JEGS Chapter 13 (Natural Resources and Endangered Species) prescribes the planned administration of natural resource conservation. Under these provisions, the DoD is to list species which the Japanese government protects as endangered or as having cultural value (JEGS C13.2.4), and to provide for the protection of listed species and their habitats (JEGS C13.2.3). Because Japan’s dugongs are subject to protection as a natural monument of the nation under Japan’s Law for the Protection of Cultural Properties, and listed in T2 of JEGS C13.2.9, the species and its habitat are both accorded protection under JEGS. As such, military installations must in accordance with JEGS take “reasonable steps to protect and enhance” the dugong and its habitat (C13.3.1), and must develop natural resources management plans (C13.3.3).
Because the dugong is, in the first place, listed by the US Endangered Species Act (ESA), the US government is supposed to implement a dugong protection policy under this law. Additionally, based on the rules of the aforesaid OEBGD as well, it would be appropriate for the US to implement a dugong protection policy suitable for an ESA-protected species.

4. No Scientific Study of Dugongs Has Been Performed in Connection with Replacement Facility Construction

Our organization, the Japan Environmental Lawyers for Future (JELF), has filed suit against the DoD seeking protection for Japan’s dugongs based on the National Historic Preservation Act (NHPA). In the course of events, the DoD commissioned a study of the dugong’s cultural value by David Welch and other researchers (below, “Welch Report”), and the results of the 2010 study were released in March 2010. Because the cultural influence of Replacement Facility construction on the Okinawa dugongs is an issue in the lawsuit, the question of whether base construction would increase the risk of the Okinawa dugongs’ extinction was a great matter of concern.
Citing a number of examples, the Welch Report harshly criticizes the dugong environmental impact assessment for lacking in scientific rigor. As noted previously, the DoD is obligated by JEGS to take protective measures for the Okinawa dugongs. JEGS requires the development and implementation of plans which provide for the conservation of species and their habitats, and which stand up to scientific scrutiny. Needless to say, scientific studies on dugongs must be accurate if dugong protection measures are to be effective. Because scientific studies on dugongs in Japan are highly inadequate, the DoD should make the Japanese government halt the Replacement Facility construction currently in progress, and immediately carry out a proper dugong study.

5. Suspension of Access Authorization for Construction, and the Need for Dugong Protection Measures

(1)         The Defense Facilities Administration Agency (DFAA) performed an environmental impact assessment based on a 2012 study, but that study lacked scientific rigor and was insufficient to assess the state of the dugongs. In fact, a survey conducted during the period from May 16 through July 5, 2014 by “Zan: Investigative Team of Dugong at the Northern Limit” (“Team Zan”) on dugong feeding trails in Henoko Bay and Oura Bay found many dugong feeding trails on the Oura Bay side of Camp Schwab. This survey was performed by a citizens’ group, and therefore it goes without saying that if a thorough scientific study were to be conducted, it would provide a still more accurate determination.
Of particular importance is the fact that dugongs are using a broad area ranging from the inner recess of Oura Bay to Sedake, near land (Oura Bay), to the Camp Schwab side of the bay. In terms of water depth, dugongs seem to have formerly used only shallow zones but this survey found they are also using seagrass meadows in a deep zone of 19.6 m.
(2)         The DFAA study found that since 2007 three individuals have been confirmed: male Individual A (sighted mainly at Kayo), female Individual B (mainly at Kouri Island), and juvenile Individual C (migrates between Kouri and Cape Hedo). However, the Okinawa Defense Bureau says that Individual C was last sighted on June 24, 2015. (Okinawa Defense Bureau, 2017). Individual A has not been sighted since September 2018. Execution of reclamation work, loss of seagrass meadows, ship traffic, noise caused by construction work, excessive monitoring activity by the Okinawa Defense Bureau, and other activities have many adverse impacts on the dugongs, and therefore a connection with reclamation work must be considered. Because the new base construction zone is under the control of the US government, which has supervisory authority, it must on its own responsibility investigate the connection between the construction work and dugongs. USFJ should immediately halt construction work and investigate construction impacts on the dugongs.
(3)         It has long been observed that the bottom is soft in Oura Bay. A report submitted by the Ministry of Defense to the Ministry of Land, Infrastructure and Transport on January 18, 2019, “Report on Examination of Design and Construction Related to the Seabed,” states that at its maximum the soft bottom is 90 m deep, and that construction will drive a total of 76,699 sand piles, comprising 38,945 sand compaction piles and 37,754 sand drains. Bottom improvement will cover an area of 57 ha. It is evident that the large amount of fill material will heavily impact the Oura Bay ecosystem, and a study of the impacts is unavoidable. Of course the impacts of construction work on the dugongs must also be investigated.
(4)         Even one of these factors is sufficient to see that a dugong study, which is a prerequisite for dugong protection measures, is essential to protect the dugongs. The US government unquestionably bears responsibility in connection with Replacement Facility construction at Henoko. As noted above, USFJ is obligated by JEGS rules to enact measures for dugong protection. The Defense Facilities Administration Agency has begun dumping fill material for new base construction at Henoko. This act causes irrevocable changes to the construction zone, and therefore makes all future protection measures meaningless. USFJ should suspend the Defense Facilities Administration Agency’s access authorization for Replacement Facility construction, it should on its own responsibility conduct a rigorous scientific study for dugong protection in the construction zone, and it should develop and implement a dugong protection plan.

6．In view of the foregoing, JELF makes the following requests to USFJ. 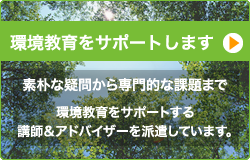 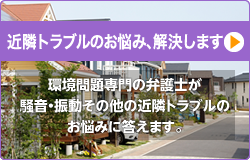